Tag: Securities and Exchange Board 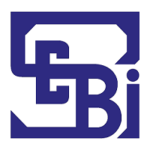 Securities and exchange Board of India (SEBI) was first established in the year 1988 AQF as a non-statutory body for regulating the, securities market. It became an autonomous body by The Government of India on 12 May 1992 and given statutory powers in 1992 with SEBI Act 1992 being passed by the Indian Parliament. SEBI […]