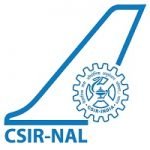 National Aerospace Laboratories (NAL), is India’s first largest aerospace firm. It was established by the Council of Scientific and Industrial Research (CSIR) at Delhi in 1959 and its headquarters was later moved to Bangalore in 1960. The firm closely operates with HAL, DRDO and ISRO and has the prime responsibility of developing civilian aircraft in […]