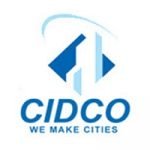 City and Industrial Development Corporation of Maharashtra (CIDCO) is an Indian city planning agency and richest government authority in India which is formed and controlled by the Government of Maharashtra. CIDCO was formed on 17 March 1970 under the Indian Companies Act of 1956; its purpose at the time of its creation was to develop […]