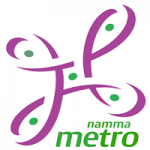 Namma Metro, also known as Bengaluru Metro is a rapid transit system serving the city of Bengaluru, India. As of October 2018 the third longest operational metro network in India after the Delhi Metro and Hyderabad Metro. On the other hand, Namma Metro was ranked the 83rd largest metro system in terms of length and […]