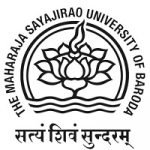 Maharaja Sayajirao University of Baroda, formerly Baroda College is a public university in the city of Vadodara/Baroda, in Gujarat state, India. Originally established as a college in 1881, it became a university in 1949 after the independence of the country. It was later renamed after its benefactor Maharaja Sayajirao Gaekwad III, the former ruler of […]