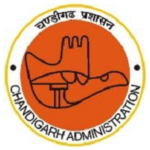 Chandigarh is a city and a union territory in India that serves as the capital of the two neighbouring states of Haryana and Punjab. The city is unique as it is not a part of either of the two states but is governed directly by the Union Government, which administers all such territories in the […]