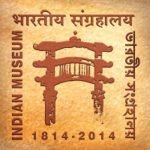 The Indian Museum in Kolkata, West Bengal, India, also referred to as the Imperial Museum at Calcutta in colonial-era texts, is the ninth oldest museum of the world, oldest museum in India and the second largest museum in India, after the Madras Museum, and has rare collections of antiques, armour and ornaments, fossils, skeletons, mummies […]