Indian Statistical Institute (ISI) is an academic institute of national importance as recognised by a 1959 act of the Indian parliament. It grew out of the Statistical Laboratory set up by Prasanta Chandra Mahalanobis in Presidency College, Kolkata. Established in 1931, this public university of India is one of the oldest and most prestigious institutions […] 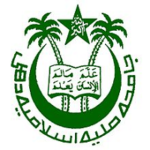 Jamia Millia Islamia, an institution originally established at Aligarh in United Provinces, India in 1920 became a Central University by an act of the Indian Parliament in 1988. In Urdu language, Jamia means ‘University’, and Millia means ‘National’. The story of its growth from a small institution in the pre-independence India to a central university […]