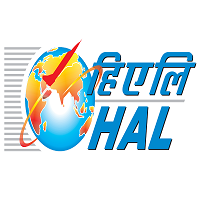 Hindustan Aeronautics Limited (HAL) is an Indian state-owned aerospace and defence company headquartered in Bangalore, India. It is governed under the management of the Indian Ministry of Defence. The government-owned corporation is primarily involved in the operations of the aerospace and is currently involved in the design, fabrication and assembly of aircraft, jet engines, helicopters and their spare parts. It has several facilities spread across India including Nasik, Korwa, Kanpur, Koraput, Lucknow, Bangalore, Hyderabad and Kasaragod. The HAL HF-24 Marut fighter-bomber was the first fighter aircraft made in India.

HAL Selection Process will be based on Merit.

Application Fees : – There is no application fee. (Read Official Notification)